Forget hoverboards – electric cars are the wave of the future and, as the cliché goes, the future is now. Innovations from major vehicle manufacturers and a growing interest in reducing fossil fuel emissions are both bringing more attention to electric options.

The question is, are they really better than gas models? Is it time to make the switch? Here’s what you should know about the emergence, growth and future of electric cars.

When Was the First Modern Electric Car Made? A Brief History

You may be surprised to learn that the electric vehicle is far from a new concept. In fact, the very first electric motor was built in 1831, and the idea of electric locomotives was introduced in the mid-1800s. By 1883, the first commercial electric streetcar had appeared in England.

It wasn’t long until William Morrison created a four-wheel electric road vehicle in 1890, which was followed by an increasing use of electric vehicles throughout the 1900s. Believe it or not, 38% of the cars in the U.S. in 1900 were powered by electricity! However, the introduction of the Model T marked the beginning of the end of this first electric boom. Cars were affordable, fuel was cheap and people were driving further thanks to a more extensive road system. By the time the 1920s rolled around, electric vehicles were pretty much gone, and there was little interest in staging a revival.

Things changed when the energy crisis hit in the 1970s. Suddenly, the U.S. Department of Energy was very keen to cut down on fuel use and began funding efforts to develop electric cars. Numerous concept cars appeared on the scene over the years, and after several failed attempts to bring electric vehicles to market in any lucrative way, the first Toyota Prius went on sale in Japan in 1997. Since then, automakers have worked to get a handle on electric models and continue to experiment with new technologies to improve range and make cars more affordable.

EV and PHEV: What’s the Difference?

Today, you’ll find both fully electric vehicles (EVs) and plug-in hybrid electric vehicles (PHEVs). The main difference between the two is PHEVs have a gas-powered engine as a backup for battery power. Once the battery is drained, the car switches to gas so that you can go further, providing a combined range of hundreds of miles. EVs, on the other hand, only use batteries and can’t travel far without requiring a charge. As of 2018, the median range of fully electric cars was around 125 miles.

Thinking of making the switch to an EV or a PHEV? Weigh the pros and cons first.

The perks of driving an EV:

· Zero emissions – environmentally friendly and no need to buy gas

· About one-third cheaper to run than gas vehicles

· Potential for thousands of dollars in tax credits

· PHEV electric ranges are shorter than those of EVs

· Charging stations are few and far between

· Charging at home can drive up your electric bill

· Batteries need to be changed https://www.conserve-energy-future.com/advantages-and-disadvantages-of-electric-cars.phpevery three to 10 years

The Best Electric Cars Are Yet to Come!

However, other automakers are stepping up their games. A total of eight models with 200 or more miles of electric range are slated to appear in 2020, and factors like the falling price of electric car batteries may push EV prices lower than those of gas-powered vehicles by 2022. Changing emissions regulations around the world mean manufacturers need to start focusing on more low- or zero-emission transportation options, and unless someone invents a teleporter within the next few years, it’s looking like electric is the way to go.

As companies scramble to get in on the EV market and release new electric models, there will be more choices than ever if you’re looking to give these vehicles a try. It remains to be seen whether EVs will ever completely take over the road, but there’s a good chance you’ll see more of them zipping around or be behind the wheel of one yourself in the near future.

About the Author Theresa “Sam” Houghton is a writer, speaker and health coach from Troy, NY. She’s a regular contributor to NutritionStudies.org, and her work has appeared in the Honest Weight Food Co-Op Coop Scoop, Natural Awakenings Magazine and the NutritionFacts.org 2017 Daily Dozen calendar. She has been a featured guest on Focus on Albany, WMAC’s Food Friday and the Just Ask David podcast. When she's not writing or cooking, Sam likes to read and study the Bible, cook tasty plant-based food and knit socks.You can find out more about Sam at GreenGutWellness.com. 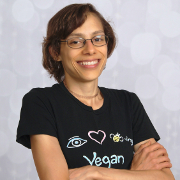 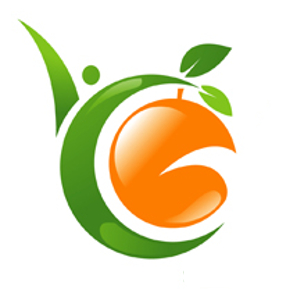 The Top 12 Things You Should Always Keep in Your Car